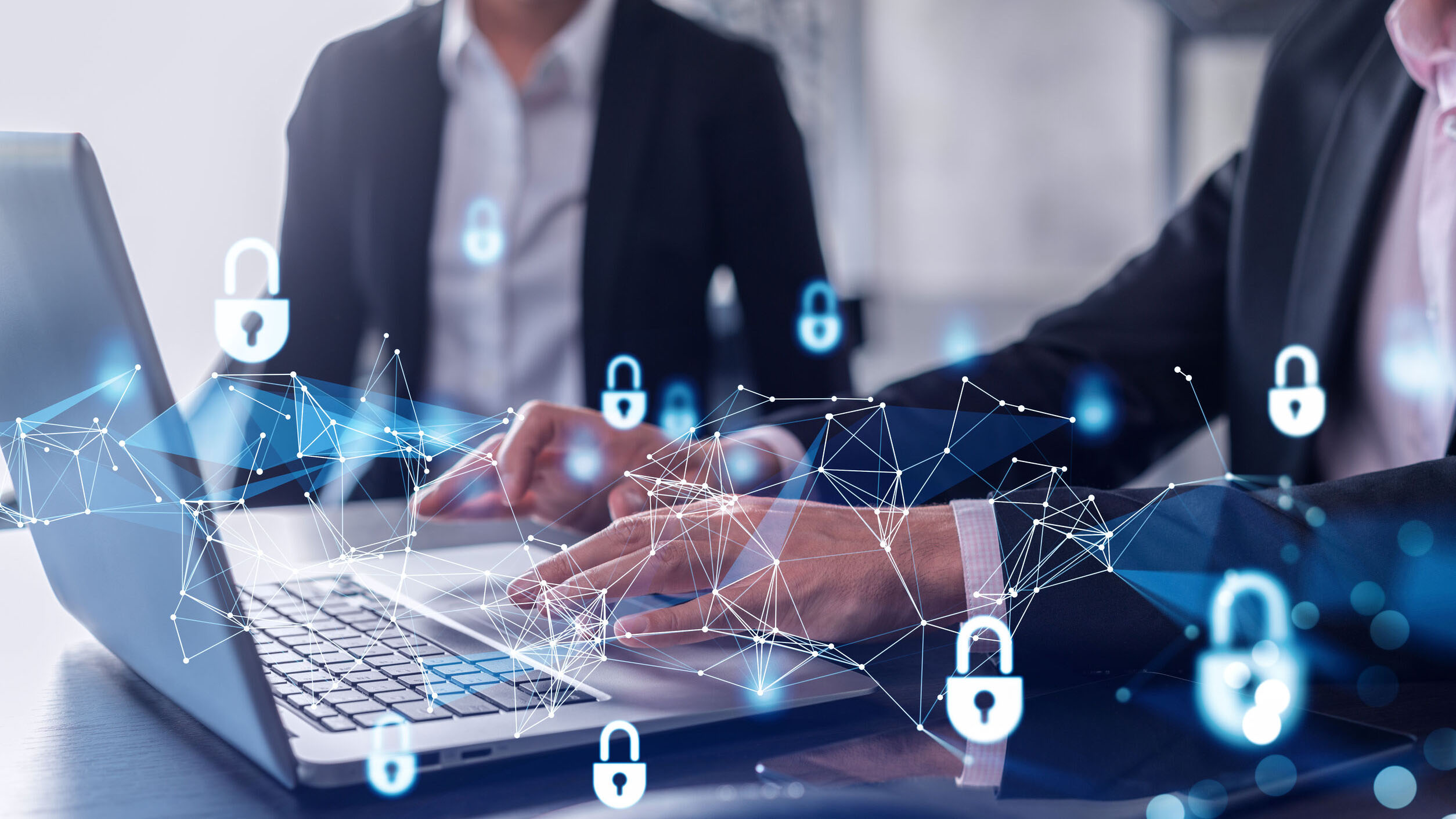 DevOps is a composition of enhanced engineering practices that reduce lead time and increase the frequency of delivery. The primary goal of DevOps is to ensure operations team members are engaged and collaborating with development from the very beginning of a project or product development.

There’s a growing movement, called DevSecOps, to incorporate security into the coding process. Quite simply, the focus of DevSecOps is on producing more secure software, and it includes processes for secure development and delivery, as well as recommendations for securing deployment. Its primary focus is to ensure loopholes and weaknesses are exposed early on through monitoring and analytics, so that remediation actions can be implemented efficiently.

Given our goal of providing secure, enterprise-grade software, Broadcom’s DX UIM development organization started to transition from DevOps to DevSecOps.

As part of this transition, DX UIM’s product development team reviewed best practices of DevOps in conventional builds as well as in agents that can be extended to emerging container-based approaches, such as Docker

As teams move to DevSecOps, there are a plethora of potential concepts and approaches to apply. In this blog, we highlight several key approaches we have adopted that we believe form a solid foundation for DevSecOps.

Like many enterprise software solutions, DX UIM implementations span multiple languages (including C, C++, Java, and Python) and work on various operating systems (OSs) and hardware platforms. In our move to DevSecOps, we sought to ensure that we have standard and reliable build systems. Following are the core systems we use for DevSecOps:

Jenkins is our build automation system of choice. Jenkins is an open-source server that helps automate various software development efforts, including activities associated with builds, testing, and deployment. With these capabilities, Jenkins facilitates continuous integration and continuous delivery. It is a widely accepted system that enables teams to create freestyle and pipeline-based build jobs. Using pipeline-based build jobs, Jenkins gives developers the ability to customize automation code to their specific needs. To streamline the release process, Jenkins also comes with multiple plugins that support a range of actions, such as parameter-based execution and job sequencing.

These capabilities give us complete control over our builds, which are taking place constantly across multiple feature and mainstream code branches. In addition, our continuous integrations are automated to ensure that various levels of jobs are executed as soon as code changes are introduced.

This system helps us manage third-party and DX UIM artifacts. We also leverage built-in security features of JFrog, such as Xray, for additional safeguards.

Build agents are the systems in which the actual build of the software happens. These include physical, virtual, and containerized systems. Depending on build needs, the required compilers and development software are installed, managed, and audited on these systems. This can include C/C++ compilers, Java Development Kits, and so on. 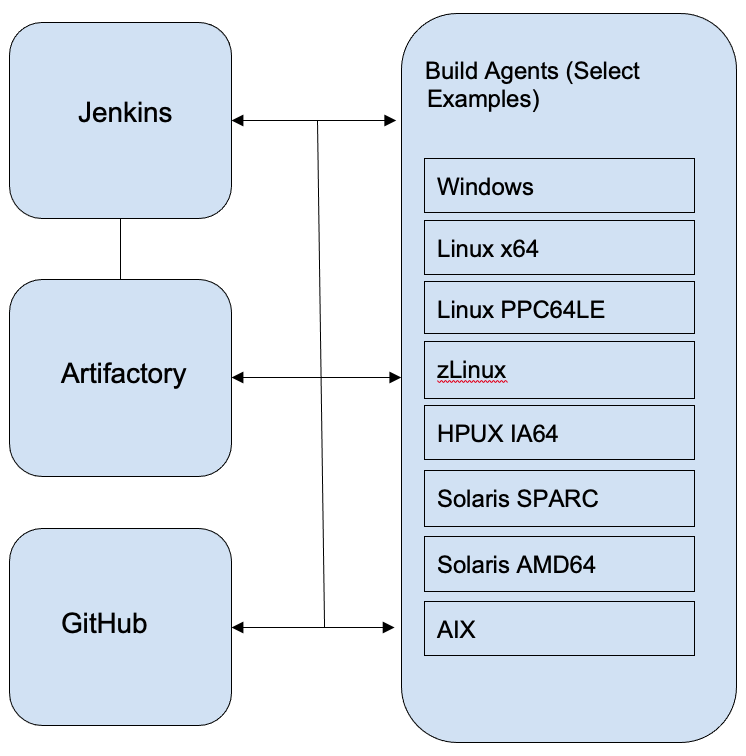 To safeguard access, all these systems are configured with applicable permissions and audit capabilities. Build agents are fortified with firewalls, and anti-virus signatures and OS security patches are regularly updated.

We have adopted a shift-left approach to find vulnerabilities during the development or build phase. We use the following tools to support these efforts:

On the Windows platform, we have enabled several options that help secure the code that gets built. Following are a few of these options:

For Linux packages like Red Hat Package Manager (RPM), we use GNU Privacy Guard (GPG) signing, which enables the RPMs to be imported into local repositories, validating that the source of the packages is authentic.

Though we follow security principles at the development and build phases, it is also necessary to ensure that software is tested at run time. Toward this end, we use a tool from Qualys to do penetration testing. With this tool, we can do web application vulnerability scanning that highlights the vulnerabilities present in the deployment. Periodically, we perform advanced penetration testing to identify and fix vulnerabilities that may exist at deeper levels within our implementation.

DX UIM offers various secure deployment options, such as Tunnels and Secure Bus. This topic will be discussed in detail in a separate blog.

With the above secure development and delivery processes, DX UIM was able to address Log4j 2.x and other vulnerabilities very quickly. With our strong DevSecOps processes, we’ve been able to deliver software that gives customers enterprise-grade reliability and security. With these approaches, we can ensure DX UIM remains current with enterprise security guidelines and react quickly when new vulnerabilities are discovered.

In this blog post, we highlight several key approaches the DX UIM team has adopted that we believe form a solid foundation for DevSecOps. END_OF_DOCUMENT_TOKEN_TO_BE_REPLACED

Learn how to tie AppNeta monitoring to business value by reading the core value areas AppNeta can provide and the business challenges these address. END_OF_DOCUMENT_TOKEN_TO_BE_REPLACED

Top 5 Reasons for “Why AppNeta?”

Here's how, unlike its competitors, AppNeta helps you gain invaluable insight into the end-user experience. END_OF_DOCUMENT_TOKEN_TO_BE_REPLACED

Monitoring Azure and Your Entire Hybrid Infrastructure with DX UIM

Find out how DX UIM enables teams to do efficient, comprehensive monitoring of their Azure environments and their entire hybrid, multi-cloud ecosystem. END_OF_DOCUMENT_TOKEN_TO_BE_REPLACED

This blog offers an overview of NoSQL databases and details a few of the most popular out-of-the-box DX UIM probes that are available for these databases. END_OF_DOCUMENT_TOKEN_TO_BE_REPLACED

Traditional APM has focused on monitoring for known problems. Today, that isn’t sufficient. See how you can monitor for unknown unknowns. END_OF_DOCUMENT_TOKEN_TO_BE_REPLACED

Find out about some of the key takeaways from the 2022 NetOps Summit, which was centered on the theme “visibility anywhere.” END_OF_DOCUMENT_TOKEN_TO_BE_REPLACED

Do you have your hybrid cloud strategy all figured out?