For-Each is a new feature added to the DX Unified Infrastructure Management’s (DX UIM) Monitoring Configuration Service (MCS) that uses the device attributes with one or multiple values. MCS will loop through each value and create a profile for each one. If that attribute does not exist for a device, no profile will be created. Similarly, if a new value is added or removed from a device, MCS will revaluate and add or remove profiles.

A good example of when to use For-Each is for database instances. It is common to have multiple instances running on the same database server. With For-Each, you can define the name of each instance under the same device attribute and use it in a group or device profile.

In this example, we created a custom attribute: mssqlinstances. We have two devices in a group, each device has the mssqlinstance attribute defined, and one has two instances while the other has three. Now we are going to create a group profile using the For-Each option. 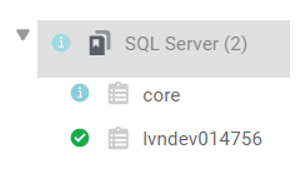 It is important to note the For-Each option is not available for all templates. The template must require a profile name as the value of your chosen attribute is written to the profile name to differentiate them from each other.

As shown below, to use the For-Each we need to set “Enable” to “Yes.” Now, give the For-Each Group profile a name in the “For-Each Value Of” drop-down. Select the device attribute from the list; in this example, we are using an MCS device custom attribute created in the “MCS Device Custom Attributes” section with the list of MS SQL Server instances “device.mssqlinstances.” You can also use the “Matching Expression” to filter that list even further, but for this example we don’t need to. 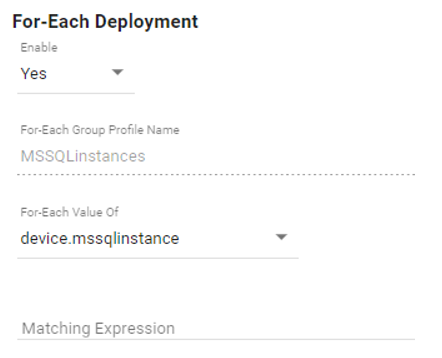 Now that the For-Each set up is complete, you need to associate the For-Each value to the SQL Server profile name. This value will always be {foreach-instance}. MCS will substitute the profile name with each different value it finds in the custom attribute you set up. If you need to use that same value in the profile itself, you can use {profilename}, as this is now set with that value. In the Server Name field we can use two variables, {device.ip} and the instance name which is now the {profilename}, and format this like {device.ip}\{profilename} as shown below. 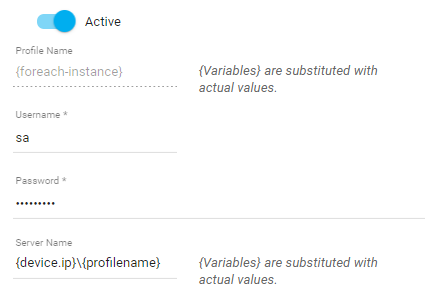 For this example, one group profile has created five profiles over two devices as shown below.

If we look at one device profile below, you will see the actual values used from the attributes: 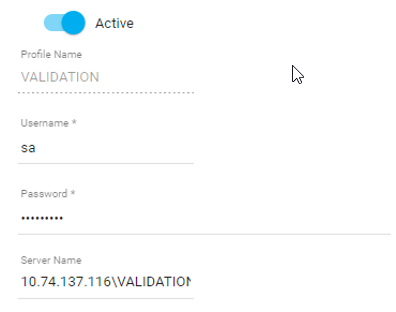 If we look at the probe UI, you can see it is configured as we wanted. 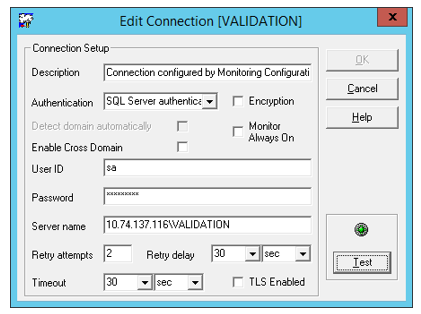 One of the existing features in MCS, now exposed in 20.3.x and later, is the ability to define device custom attributes and allow MCS to use these in the profile. Each device can have a different value but the same named custom attribute. MCS will use the value defined for each device. This allows you to create group profile where the value of a field is different for every device in that group, whereas before you would have to create single profile for each device.

Some useful device attributes are always present for you to use in profiles. These are:

Note: To reference these values in a profile they must be enclosed in curly brackets {}

Any RESTful tool can be used to GET the device and PUT the updates to the device. There is also a swagger page to use: 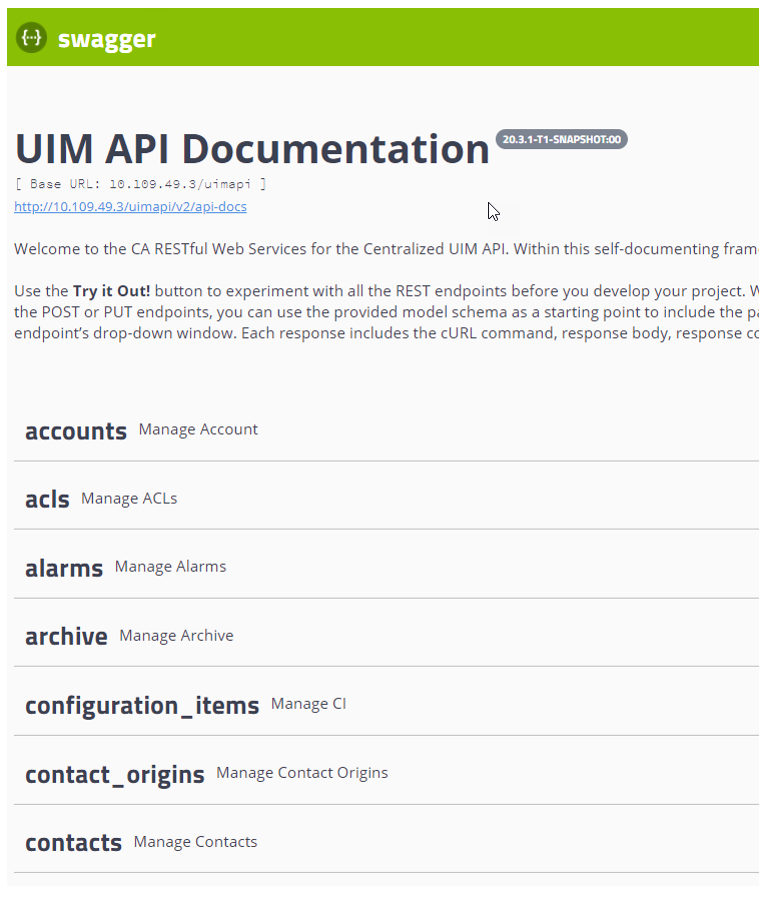 The device is returned

Copy the entire output and add your own custom attributes at the bottom before the </device>.

For the “foreach” example, we will create one mssqlinstance device custom attribute with two values (instance names). You can have as many as you want for each attribute:

Note: everything you send overwrites the device attributes, so changing or omitting values or entire attributes will be updated for that device.

Using the Swagger page, select the “deviceoperations” and PUT / deviceoperations/{identifier}, Try it out. Enter the device name and choose the lookup by_name, paste the entire GET device output with your new device custom attribute(s), then Execute. 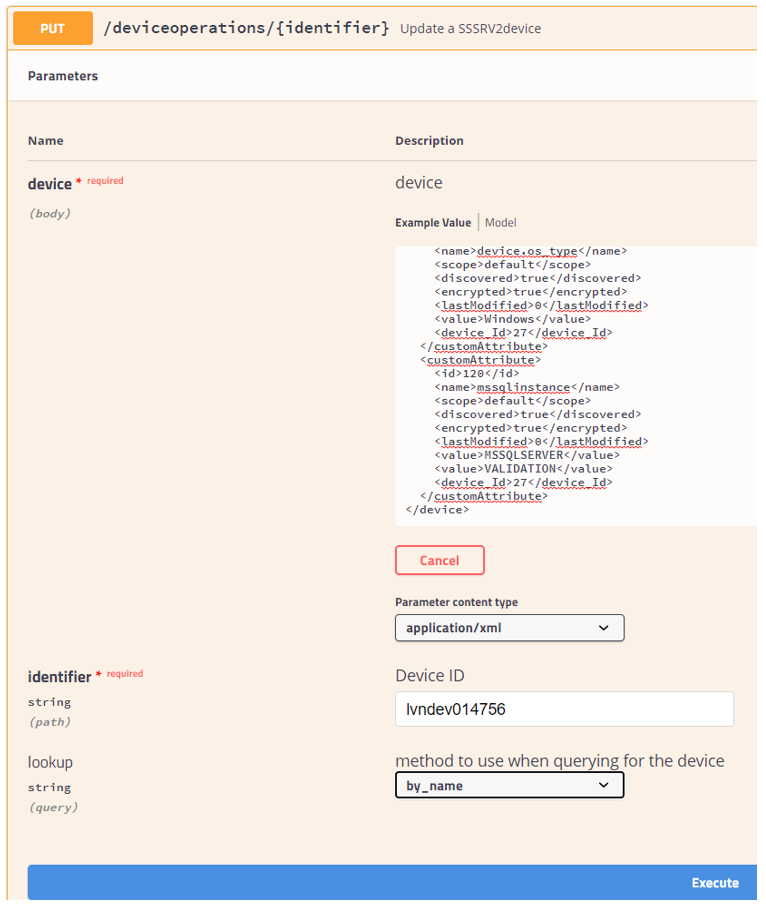 Note: this should get a 204 return code

The Application Discovery feature in UIM allows you to create your own device attributes, which are written to the niscache on the local device and read by the discovery_server probe and saved in the CM_COMPUTER_SYSTEM_ATTR table associated with that device. Using the example of database instances, you could write an application discovery script that queries each database server for every instance and creates a device attribute. The device attribute name must be the same but you can have multiple instances of the same attribute with different values.

Using the same example, we have two database servers, one with two instances and the other with three. The output of the application discovery script is shown below.

These will be written to the CM_COMPUTER_SYSTEM_ATTR table as UserPropMV.{application discovery script name}.{attribute name}, so in this example for Database Server 1:

Your device attribute will appear in the “For-Each Value Of” drop-down list for you to use: 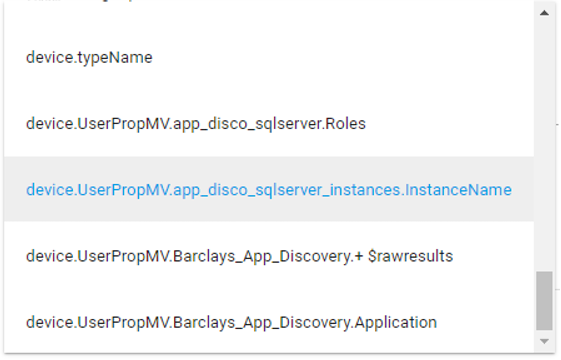 Details on creating custom scripts for application discovery can be found here. 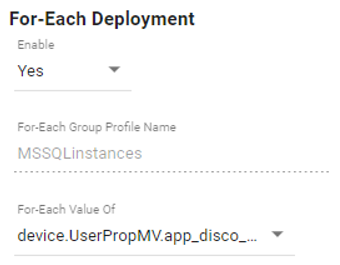